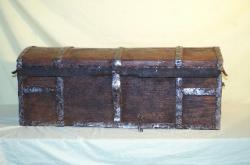 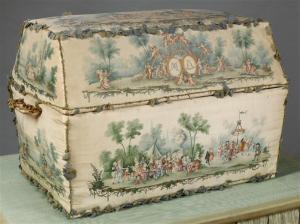 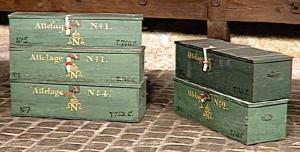 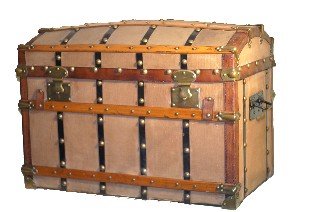 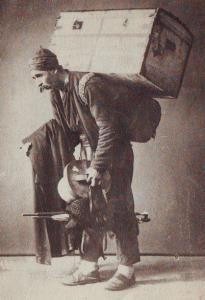 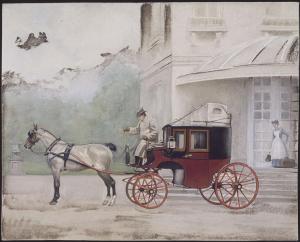 Regular and important trips are made to some popular attractions like the great sanctuaries of Delphi, Olympia and Eleusis, very attractive with its games. With Roman antiquity, travel to resort locations develop (Herculanum) and pilgrimage (sanctuaries of Greece, Egypt, Asia Minor), resulting in the establishment of various accommodation facilities (inns, lodges ...).

The Renaissance, that brings new views about the world, also promotes a new notion of travelling : leisure and discovery trips. Artists and philosophers visit Italy, that becomes the most popular country of the European continent.

During the eighteenth century, travels multiply. This new habit has been partly initiated during the seventeenth century by the young English aristocrats who carry the "Grand Tour." (Great Tour) The Grand Tour is an initiatory journey meant to perfect education and humanities. It is the origin of the word "tourist".
At that time in France, the term "tourist" is used to designate "travelers who travel to foreign countries by curiosity and idleness, and especially english travelers in France, Switzerland and Italy" (Webster 1803 ). It is also at this time that manufacturers of luggage, then called Layetiers-Packers develop their talent and ingenuity to become real businesses.

Until the middle of the 19th century

At the time of the pioneers, travelling is an adventure: it is long and dangerous. Travel conditions are difficult and the travellers are "adventurers" or "explorers". They go by foot, on horseback, by stagecoach, which requires carrying around many bulky uggage. Long processions of trucks used to carry trunks, chests and canteens...
Then the trip experiences a real boom. The word "tourism" appears in 1841, the very year that Thomas Cook opens in England a travel agency. The publication of Memoirs of a tourist by Stendhal popularized the word.

The industrial revolution and technological advances

enable the evolution and proliferation of means of transport. The time and distance will shrink. The industrialization of the 19th century is going to open new horizons for travelers and facilitate the development of different forms of travel whose character originally "utility" is shrinking in the century to make way for tourism'' approval : health tourism, exploring the mountains, bathing, sports tourism ... many tourist organizations and publishing travel guide will be launched in France.
The first organized trips manage the passenger, the management of baggage, accommodation and meals.

With the first paid holidays in 1936 in France, and during the postwar boom, tourism will grow to be a "mass tourism". Whether expeditions, trips, cruises, tours, pilgrimages, peregrinations, walking, walks, hikes, rides, tours, trips... for each trip, the lluggage will fit. It will evolve to serve a double function : making users' lives easier and protecting their belongings.

The train, the trunks and the suitcases

The invention of the train remains one of the great technological advances of the nineteenth century. It allowed people to go faster, further and in more comfortable conditions.
This new means of transport will induce new types of lighter and more practical luggage.
To satisfy a very demanding and wealthy clientele that needs to surround themsleves with all the necessary and unnecessary, manufacturers invent lighter and more convenient luggage, but also many accessories. Trains bring travelers along the beaches, others to the East Asia and exotic places...
Among these legendary trains, the most emblematic is the Orient Express, a symbol of great travellers, with its luxury and mystery...but this concerns only certain privileged persons. In the 30s at first, but mostly in the 50s, travels generalize and thus lead to the evolution of luggage. The heavy suitcase or trunk, that holders take to the compartments on their carts, moves on to lighter bags of all kinds (leather, cardboard, cloth, plastic ...). The manufacture of these becomes an industry, and significantly reduces their prices and weight. Starting then, luggage are transported by their owners, in person. However, traveling times are still long... A Strasbourg-Paris lasts 11 hours in 1900, vs 2h15 nowadays.

The steamer, the cabin trunk and the Wardrobe

With the liner taking the tourist, migrating him to distant continents, travelling time becomes a particular time. For several days, life on the boatis kind of a micro-society with its rules, occupations and comfort standards. This new way of traveling brings new luggage, as the famous cabin trunks, with standard dimensions. They are widely used to have everything you need at your disposal for a society life. Of course, nothing in common between the first-class passenger, set in a comfortable luxury and the third class emigrant passenger, housed near the machines, that will often have a suitcase or bundle for only luggage. But both of them leave for new adventures, to a new world. Symbol of this great adventure at sea, the saga began with the first transatlantic passenger at the dawn of the 1800s.
In the guide passage of the Cunard Line,you can discover that :
- first class passengers can access the hold everydat to seek belongings in their trunks,
- second class passengers are entitled to access once a week,
- while the third class passengers are not entitled to access the hold, at any times.
a Paris > New York trip would take 10 days around 1912.

In the early 20th century after the heyday of rail tourism, the birth of the automobile will transform the art of travel. More generalized, with the industrial production of cars, but also more individual, more mobile and more adventurous, travels change, and with them, luggage too. The car means the freedom to discover, to go places and even go back, where you want, when you want, near or even far ...
The car also means discovering less accessible or more difficult regions like the mountains, the desert or the savannah. Then appear a multitude of lighter, more practical, more resistant luggage, adapting to the available travelling options. After the type of luggage that were made to measure to fit in the car boots, metal trunks appear to carry all the equipment that can be needed during a trip or a vacation. Manufacturers rival in imagination and technique to reduce weight and space, and to meet the expectations of the new tourists.

The plane and the hand luggage

At the beginning of the 20th century, a new means of transport appears : the plane. During these first years of existence, it is solely used by suicidal adventurers, regarding its lack of reliability. But very soon it will become the favourite means of transport.
This technological revolution has a significant impact on travellers, as it makes the world accessible to each and everyone of us. Once more, this evolution comes with new types of luggage : stronger, lighter, more convenient, adapted to the lack of forced pressure. New material is used, such as aluminum and other synthetic material. The traveler can only bring a limited weight of luggage in a plane. This period started mainly in the 50s, and saw the demise of many trunkmakers companies